During 2013 (and coming into 2015, but I do not want to spoil the future parts of these posts), my son started to show an interest in barn Owl boxes.  Mainly due to a book we got him that both my wife and myself would religious read it to him during bed time.

The book was called White Owl, Barn Owl by Nicola Davies and I am devoting these blog posts to my son’s huge efforts and interest in this from a very proud farther.  I would like to hope that we can use these series of posts, my son’s story and his ideas to inspire others of his generation to respect not only these lovely and beautiful creatures but also look at bringing nature home and to promote the RSBP.

After proceeding to make 6 boxes (now down to 5) from old scrap wood (see below), left over roofing and some good old fashion labour.  My son and his Grampa then set installing them into numerous trees within Suffolk (of course with permission from the owners!).  The principle was simple to see if any wildlife would inhabit these boxes, of course me being a techie got carried away and wanted to set about looking for 3G based wildlife camera with sensors – but this has not happened yet!!

So step 1 was to build the boxes, these can be made in any shape and size and if you look over the internet you will be able to find plans, so far to date we have made 6 with another 4 in the build stages….

Installation is next, at the time of building these boxes we had the luxury of my son’s Grandpa who at the time was working on a farm in Suffolk and with permission allowed us to install these is a number of paddocks……. 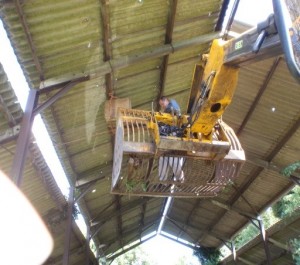 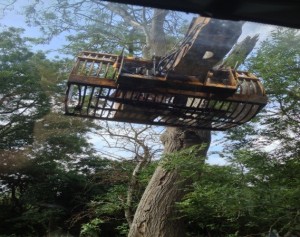 We made sure the Owl boxes had a water proof roof, in ours we used some left over roof felt and then put a little handful of straw instead for them to shelter and us as bedding.

In the next series we will look into 2014 and see if we have managed to get some wildlife or hopefully Owl’s within the boxes.